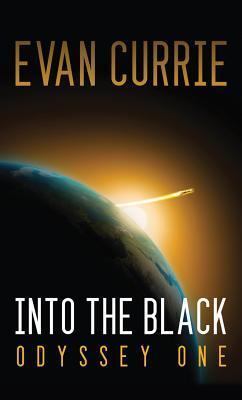 Space Opera/Military Science Fiction: I love both of these sci fi subgenres, but I actually discovered this series by accident. Somehow I found the follow-on series first, fell in love with it and decided to start from the beginning – the Odyssey One series. Plus, Kindle Unlimited offers both the book and audio book, which made it even better for me since I love listening to audio books.

Beyond the confines of our small world, far from the glow of our star, lies a galaxy and universe much larger and more varied than anyone on Earth can possibly imagine. For the new NAC spacecraft Odyssey and her crew, the unimaginable facets of this untouched world are about to become reality.

The Odyssey’s maiden voyage is an epic adventure destined to make history. Captain Eric Weston and his crew, pushing past the boundaries of security, encounter horrors, wonders, monsters, and people, all of which will test their resolve, challenge their abilities, and put in sharp relief what is necessary to be a hero.

A first-rate military science fiction epic that combines old-school space opera and modern storytelling, Into the Black: Odyssey One is a riveting, exhilarating adventure with vivid details, rich mythology, and relentless pacing that will leave you breathlessly awaiting book two.

There is a classic approach to this space opera story and I loved the simplicity of it. The Odyssey has been designated as the first ship to use a transition drive system to allow faster-than-light travel. It’s mission was just to go to a predetermined area, scope it out a little, and come home. Except, when they transition to their predetermined star system they pick up a distress beacon and feel obligated to look into it, which in turn leads them to make first contact with a human from another planet (Priminae colonist) and eventually helping them fight to overcome spider-like ugly creatures who are intent on destroying all the Priminae colonies.

The book and story is just fun – it’s space opera and space battles. The heroes are obviously those of Earth and the Priminae colonies and the bad guys are the Drasin (the spider-like ugly creatures). It’s set up where you can easily understand everything including the overall approach to the plot and story as well as the battles and build-up to the battles, which is key in this type of story.

So, I started with the follow-on series, Archangel One, which uses a different voice actor than this series does, which is David de Vries. I was ok with the Archangel One narrator and had gotten used to his style and found myself having to adjust a little at first to this series narrator. But the adjustment didn’t take too long because I came to really enjoy this narrator. Every character has their own unique voice and different accent, which to me is very key for a good audio book performance. And I never had any issue identifying if it was Steph and his southern accent and relaxed manner of speaking or Milla and her Priminae accent, which sounds like a mix of different European accents.

But one thing was very apparent to me in the audio book – space battles and space fight scenes are a ton of fun to listen to when there are many different, unique characters to listen to. It was like being part of the action – a fly on the wall – as all of them go back and forth giving each other a hard time, or giving orders, or directing attention to specific issues at hand. They are all stressed due to the conflict and you can hear it in their voices, which kept me engaged and on the edge of my seat.

Overall, a great start to this series and look forward to picking up the next one.

Rating: 5 stars – mostly because the book was just a lot of fun.

One thought on “Into the Black – Audio Book Review”