While only my second book by this author, it’s clear that the setting and mood are important characteristics to the stories she tells.

Her Final Words centers around a small town in Idaho called Knox Hollow. Within its borders is a church known for its strict doctrines and tight control over its members. While FBI Agent Lucy Thorne investigates the murder of Noah Dawson, this church and their beliefs are woven into the story. None moreso than their belief that there should be no medical intervention when someone is sick or hurt. The state’s Shield Law protects parents in these instances, but it is no less controversial. Throughout the story we learn how difficult it is for the small police department to coincide with this church.

One of the fascinating aspects of the book is how little we know of our main character, Agent Thorne. Often, this genre will provide a detailed character description along with a list of their flaws and demons. Instead, Agent Lucy Thorne enters the story with very little background given. As the story progresses we learn about who Lucy is not by her history, but by her actions and by how she interacts with Sheriff Hicks and Deputy Grant.

While Lucy’s narrative is the central POV, mixed in are chapter’s from the events leading up to when Eliza confesses to FBI. Initially, I feared I would get bored of seeing only one person’s flashback. So I was pleasantly surprised when the past events were told from multiple points of view. By doing so we are given an incomplete picture of what transpired that helps to keep us guessing until the pieces finally start to fit together at the end.

In general, Her Final Words comes across as a straight mystery/suspense story with no alternating story lines told. For me, this approach worked as it allowed me to focus only on the story at hand. Once started, I became engaged rather quickly and am glad I picked it as this month’s First Reads choice.

It seems like an open-and-shut case for FBI special agent Lucy Thorne when Eliza Cook walks into the field office. The teenage girl confesses to murdering a young boy. Disturbingly composed, she reveals chilling details only the killer could know. Beyond that Eliza doesn’t say another word, leaving a vital question met with dead silence: Why did she do it?

To find the answer, Lucy goes to the scene of the crime in the small Idaho town of Knox Hollow. But Lucy’s questions are only mounting. Especially when she’s drawn deeper into the life of the victim. Then a combing of the woods yields unsettling evidence that Eliza isn’t the only one in this close-knit rural community with secrets.

Getting to the truth is becoming Lucy’s obsession. And it’s a dangerous one. Because for the good folks of Knox Hollow, hiding that truth will take more than silence.

I loved it. As I write this review, I’m already plotting how to put in my request to ensure Connie and Raymond both make it back to the next book in the series.

The Bone Jar mystery begins when the security guard of an old, dilapidated asylum discovers an elderly lady dead in one of the rooms. Soon DI Lew Kirby and his partner Pete Anderson are called to the scene to investigate. What they discover is the building is due for construction with limited access so the question isn’t just who is the lady and why was she killed, but how did they get in.

The story is primarily told from two POVs: DI Kirby and Connie Darke. DI Kirby is a bit unusual for detective novels these days in that he has a fairly normal life. He has a new girlfriend and he gets along with his family. He’s also a competent detective who gets along decently well with his coworkers and during the investigative process finds himself having some rather interesting interviews. Connie is someone we don’t meet until several chapters in. She has ties to the investigation and assists it effortlessly. Every time she entered the scene I knew to read carefully because something was going to happen. But as a reader I sincerely appreciated how she wasn’t a character who did stupid things, such as getting herself into danger without calling the local DI on the case. Nothing more frustrating than a character walking into a bad situation with their eyes wide open and doing nothing about it.

The plotting and pacing of the unraveling of the mystery seemed spot-on, which is what keeps me hooked in suspense novels. Always moving forward steadily until we get to the ‘thrill’ part where they catch the villain. And unlike other books I’ve read where the story feels over once the villain is caught, this one spent time giving the reader closure on several fronts to give a satisfying conclusion along with the hints of what may pop up in future books.

As much as I enjoyed the book, I do have two issues I wanted to bring up: 1) There is a splattering of curse words in the story. They are not everywhere and you can go long sections without seeing them, but some of them felt unnecessary. 2) There’s an unanswered question in my mind about an alibi that was being looked into that I don’t remember seeing the final result of. However, it’s also very possible that it was answered and I just missed it while reading.

Overall, a terrific start to a new series.

The body of an elderly woman has been found in the bowels of a derelict asylum on the banks of the Thames. As Detective Lew Kirby and his partner begin their investigation, another body is discovered in the river nearby. How are the two murders connected?

Before long, the secrets of Blackwater Asylum begin to reveal themselves. There are rumours about underground bunkers and secret rooms, unspeakable psychological experimentation, and a dark force that haunts the ruins, trying to pull back in all those who attempt to escape. Urban explorer Connie Darke, whose sister died in a freak accident at the asylum, is determined to help Lew expose its grisly past. Meanwhile Lew discovers a devastating family secret that threatens to turn his life upside down.

As his world crumbles around him, Lew must put the pieces of the puzzle together to keep the killer from striking again. Only an eccentric former patient really knows the truth—but will he reveal it to Lew before it’s too late? 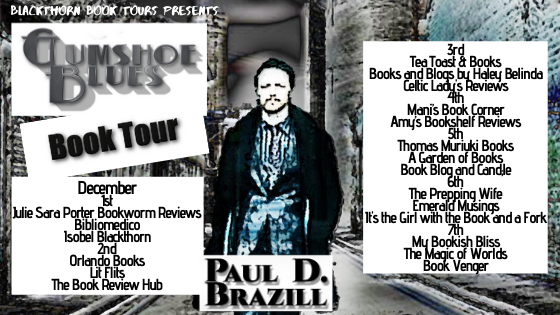 Written with a voice and style so strong that it was as if the narrator in my head was from a 1940’s noir film set in New York. However, it wasn’t too long before I realized the voice narrating the story in my head needed to change accents because it is actually set in Seatown, England featuring a main character who has most definitely seen better days.

END_OF_DOCUMENT_TOKEN_TO_BE_REPLACED

Set in Snow Creek, Washington near Port Townsend this new detective series brought out so many different emotions as I read the story. The story telling is overwhelmingly good and the setting was thought-provoking as I worked my way through self-imposed isolation many in this community apparently desire.

END_OF_DOCUMENT_TOKEN_TO_BE_REPLACED

A terrific way to introduce young children to one of the most famous detectives ever – Sherlock Holmes.

END_OF_DOCUMENT_TOKEN_TO_BE_REPLACED

In North of Nowhere, Alex McKnight has turned into a bit of a recluse. He’s been spending a lot of time by himself and it has been noticed by his friend Jackie, who runs the local Glasglow Inn. Instead of letting Alex continue down this path he gives him an ultimatum: Get on a plane to go live in the Yukon territory where Alex would then get the chance to go whole years without seeing anyone – or attend a local poker game and be social. Alex eventually gets the point of what Jackie is trying to say and agrees to go to the poker game.